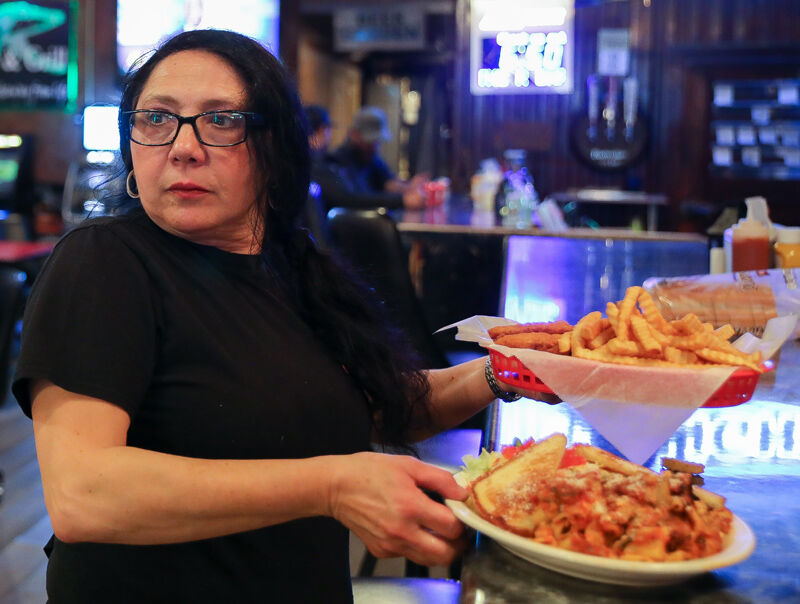 Edi Hilling carries Italian food and classic bar food to a table at The R-Bar & Grill in Ravenna. Edi, originally from Naples, Italy, cooks Italian food from scratch, including the red sauce. 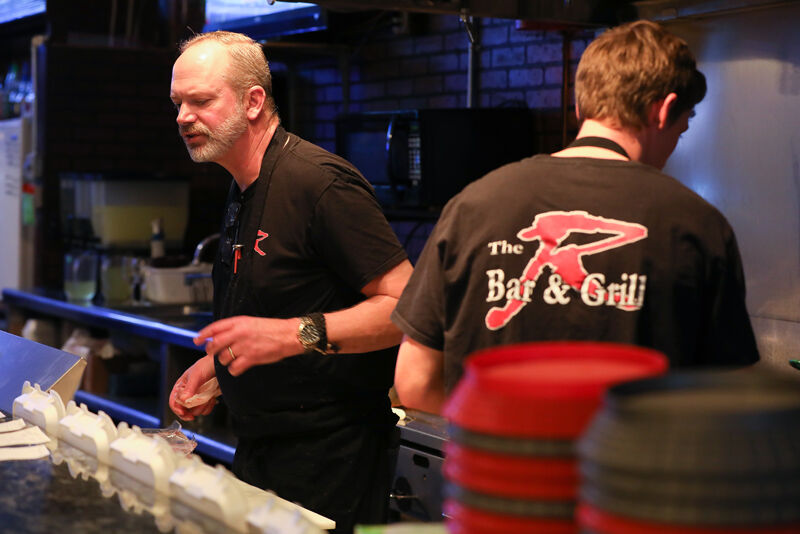 The R-Bar & Grill owner Haydn Hilling, left, and his nephew Kevin Hancock fill take-out orders on a Saturday night. Hilling and his wife and Kevin’s parents bought the Ravenna bar and grill in October. 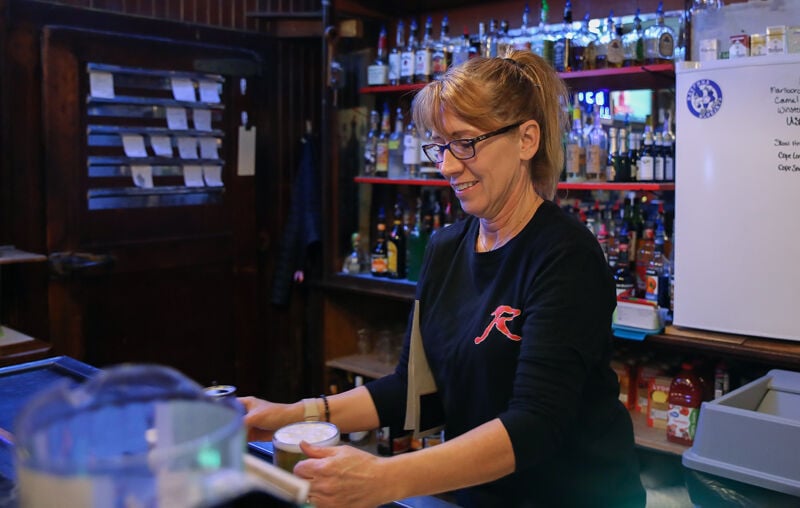 In addition to food, the R-Bar & Grill in Ravenna continues to serve draft beer and other alcoholic beverages. 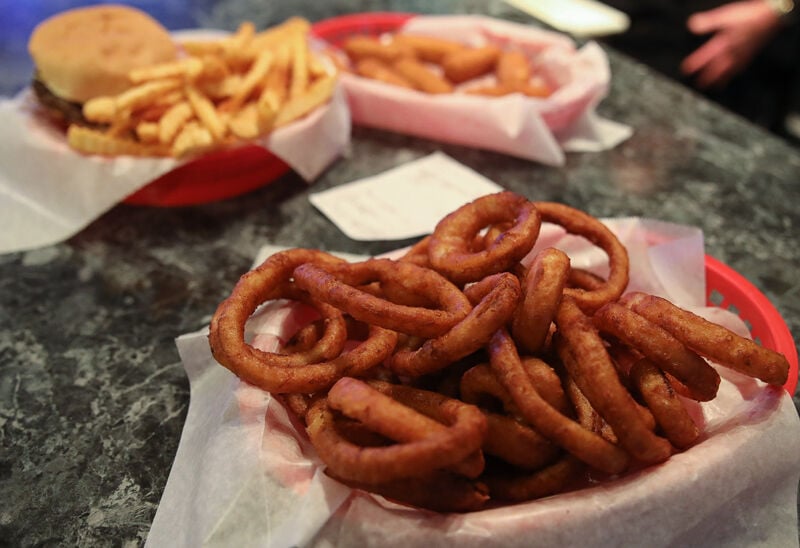 In addition to the Italian-American specials, R-Bar continues to serve bar favorites, such as grilled hamburgers and fried foods. 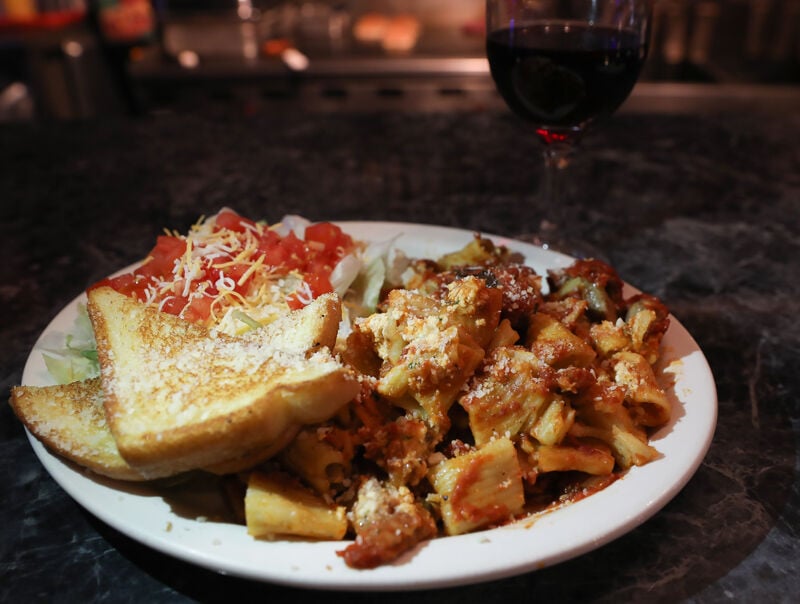 RAVENNA — A couple from Washington is bringing Italian dishes to Ravenna, Nebraska, where the only thing Italian was the town’s name and some street names — Milan, Sicily and Verona avenues and Genoa street.

Haydn and Edi Hilling purchased The R-Bar & Grill in Ravenna in September with Haydn’s sister and brother-in-law Karen and Rob Hancock of Grand Island.

Since closing on the purchase of the bar and grill in October, the Hillings have introduced Italian-American specials, such as Italian meatball subs, chicken cacciatore sandwiches and baked rigatoni. They continue to serve bar favorites, such as grilled hamburgers and fried foods, to community members whose ancestors, according to Ravenna Historical Society President Marty Russell, were primarily from Bohemia and Germany.

There were no known Italian settlers in Ravenna, which was incorporated in 1886. The town’s name was taken from a map showing Ravenna, Italy, according to Buffalo County Historical Society records, and the streets later were named after other Italian cities to correspond with the town name.

The names are what drew Edi, who had lived in Naples, Italy, for 12 years, to Ravenna, Nebraska.

She learned about the sale of the bar and grill in Ravenna when she, Haydn and their children Liliann, 17, and Haydn, 12, were visiting the Hancocks in August. The visit was to be the beginning of a yearlong, 1,500-mile trip in their RV across the western United States and eventually ending somewhere in the south where they would spend their winter. But the day before they were to leave, Edi saw on Facebook that The R-Bar & Grill was for sale.

One Pan Chicken and Spinach Orzo