Editor’s Note: Weekly Agriculture is a weekly version of POLITICO Pro’s daily Agriculture policy newsletter, Morning Agriculture. POLITICO Pro is a policy intelligence platform that combines the news you need with tools you can use to take action on the day’s biggest stories. Act on the news with POLITICO Pro.

— Farm and food industry workers could once again fall through the cracks as health officials struggle to vaccinate essential employees on the front lines of the pandemic, due to a complex web of state plans and problems reaching the vulnerable workforce.

— The Agriculture Department’s food box program has been heavily promoted by Ivanka Trump, the president’s daughter and senior advisor. The relatively small coronavirus relief effort could serve as fodder for her future political ambitions, potentially in Florida.

— President-elect Joe Biden nominated Virginia ag chief Jewel Bronaugh to be second-in-command at USDA under Tom Vilsack, a significant step toward the transition team’s promise of bringing more diversity to the highest ranks of the department.

IT’S TUESDAY, JAN. 19! Welcome to Morning Ag, where we’re hoping 2021 is the year of drone-delivered pizzas. Send tips to [email protected] and @ryanmccrimmon, and follow us @Morning_Ag.

FOOD WORKERS STUCK IN VACCINE LIMBO: Limited doses and a messy patchwork of state distribution plans have complicated efforts by labor advocates, meat processing companies and others seeking equitable access to vaccines for workers across the food industry, POLITICO’s Ximena Bustillo and your host report.

Just last week, New York decided at the last minute to drop farm food processing workers from its “phase 1b” rollout, after the state received fewer doses than anticipated. The decision drew swift pushback from major agricultural groups in the state, including the New York Farm Bureau, dairy processors and winemakers.

Biden has called for a $20 billion national vaccine program to replace the clunky state-by-state approach. But it’s unclear if his plan would address the specific needs of the ag workforce, which relies heavily on immigrants and seasonal foreign labor. (The incoming president is also counting on Congress to approve the money.)

In the meantime, advocacy groups are trying to bridge the gaps in the system. The nonprofit Migrant Clinicians Network maintains a database to help farmworkers who are frequently on the move — for example, by making sure they receive the correct second dose if they moved from one state to another in between vaccinations.

Not helping: Another challenge is misinformation and distrust fueled by social media, language barriers and the Trump administration’s harsh immigration policies, including its so-called public charge proposals. Fear of jeopardizing their legal status was one potential factor that deterred some agricultural workers from accessing vital health resources during the severe farm and factory outbreaks last spring and summer.

“Those concerns need to be secondary, and they weren’t this summer,” said Mónica Ramírez, president of the advocacy group Justice for Migrant Women. “I hope when it comes to vaccination people will set those concerns aside.”

Giant meatpacking firms are also making their own plans to directly immunize plant workers, who faced devastating outbreaks last year at slaughterhouses across the country.

— Processors like JBS and Tyson Foods are buying ultra-cold freezers to store vaccines, partnering with health clinic providers or working to educate employees about getting the shots.

— A spokesman for Smithfield Foods said it expects vaccines will be available to critical workers within 60 days. But once again, the situation varies by state.

Ivanka Trump has been quick to claim credit for the food aid program, and she continues to boost the effort into the waning days of her father’s presidency — including at a virtual event with Christian leaders last Wednesday, just hours before President Donald Trump was impeached for the second time, our Helena Bottemiller Evich and Sabrina Rodriguez write. Meanwhile, anti-hunger advocates are increasingly frustrated that the $6 billion aid program is seemingly being used to bolster her image.

It’s not the first time the Trump administration has politicized the food box effort: Secretary Sonny Perdue was penalized by ethics officials for using an official food box event in August to stump for Trump’s re-election. And the department was widely criticized for requiring contractors to stuff promotional letters signed by Trump into food boxes ahead of Election Day.

This time, Ivanka’s focus on the photo-friendly food box effort — including several events in Florida — has contributed to speculation that she’s preparing to launch her own political career in the Sunshine State, which voted for her father in 2016 and 2020. The White House disputed that idea, telling POLITICO, “Any insinuation that Ivanka’s work on this topic is premised on anything more than wanting to feed those in need is shameful.” 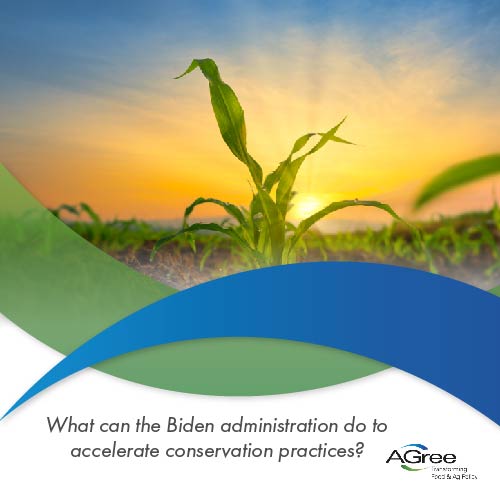 BRONAUGH TAPPED FOR DEPUTY AT USDA: Biden on Monday revealed a slate of nominees for the No. 2 jobs at federal agencies, including his choice of Jewel Bronaugh as deputy secretary at the Agriculture Department. She would be the first woman of color to hold that position, if confirmed, our Helena Bottemiller Evich reports.

Bronaugh is currently Virginia’s agriculture commissioner, and she was previously executive director for USDA’s Farm Service Agency in Virginia. Her selection for deputy secretary comes after Biden’s transition team pledged to install a more diverse leadership team at USDA, given the department’s long history of discrimination — as well as the criticism from Black farmers and progressive groups about Biden’s nomination of Vilsack for secretary.

Deputy dump: The other deputy secretary picks Biden announced on Monday include Elizabeth Klein for Interior; Andrea Palm at HHS; Polly Trottenberg for Transportation; and Cindy Marten for Education. He also named Rohit Chopra as his choice to lead the Consumer FInancial Protection Bureau and Gary Gensler to chair the Securities and Exchange Commission.

The U.S. Department of Agriculture can take important steps to study and incentivize climate-smart agriculture in the first 100 days of the Biden-Harris Administration for a more resilient, profitable, and equitable American agriculture system.

Secretary Vilsack must also act on the fact that many parts of the agriculture finance system do not adequately reflect the risks of climate change. USDA should revise crop insurance rates and policies to explicitly recognize the risk reduction benefits of conservation investment and re-align financial signals and incentives to drive greater adoption of conservation practices on working lands.

USDA EASES (SOME) HEMP RESTRICTIONS: As the Trump administration draws to an end this week, the Agriculture Department is finalizing its regulatory framework for nationwide hemp production that was legalized by Congress in the 2018 farm bill — one of the most highly anticipated changes in U.S. farm policy in recent years.

The final rule released on Friday addresses some of the widespread complaints from growers and state officials about the previous version. For example, it extended the window for hemp farmers to have their crops sampled by regulators and also loosened some of the sampling requirements.

— Hot crops: USDA also gave farmers more options to deal with crops that register above the limit of 0.3 percent tetrahydrocannabinol, the psychoactive compound in cannabis. Under the new rule, producers could use non-compliant hemp as “green manure” or for other purposes, rather than having to dispose of it altogether, reports Pro Cannabis’ Mona Zhang.

— The rule also raises the so-called negligence threshold, a major concern of growers who worried about facing harsh repercussions if their hemp exceeded a THC level of 0.5 percent under the interim regulations. USDA doubled the threshold to 1 percent to “increase flexibility to farmers as they learn more about how to grow compliant hemp and as the availability of stable hemp genetics improves.”

But USDA kept one of the most controversial provisions: the requirement that hemp must be tested in labs that are licensed by the Drug Enforcement Agency. (On the other hand, it’s delaying enforcement of that requirement until 2023 because of the current shortage of DEA-registered labs.)

Now what? The final rule takes effect on March 22, but further changes to hemp laws could be in store if Congress takes action on a number of proposals floating around Capitol Hill, like boosting the THC limit for industrial hemp to 1 percent.

— The FAA has finalized a rule allowing drones to fly over people’s heads and setting four categories of operation requirements based on a drone’s weight and airworthiness, effective in March, writes Pro Transportation’s Tanya Snyder. The agency noted that agricultural aviators had previously raised concerns about the lack of safety data and potential risks associated with operating drones over farm operations.

— Florida Sen. Rick Scott is off to an inauspicious start as head of the Senate GOP’s campaign operations, fueling early concern among Republicans about their chances in the 2022 midterms. Some corporate donors have turned away from GOP lawmakers including Scott who voted to overturn the November election results after the deadly attack on the Capitol, POLITICO’s James Arkin reports.

— The EPA last week found that PFAS chemicals have been leaching from storage containers into at least one pesticide, raising concerns that agricultural production could be a significant source of exposure to the “forever chemicals” that are linked to numerous health problems. Roll Call has more.

— Nestlé recalled 760,000 pounds of frozen pepperoni Hot Pockets that might contain pieces of glass and hard plastic, after the company received four complaints of “extraneous material” in the products. One consumer reported a “minor oral injury” after eating the Hot Pocket, The New York Times reports.

— Ashley Smith will be deputy staff director for the House Agriculture Committee and Mickeala Carter will become communications director, Chairman David Scott (D-Ga.) announced on Friday. Smith was staff director for the subcommittee on commodity exchanges, energy and credit, while Carter is the committee’s outreach coordinator.

— Investors have poured millions of dollars into vertical farming ventures over the last decade, but the technology remains expensive and requires major amounts of energy to create the ideal growing conditions for indoor crops. Bloomberg has the story.

— Marc Lore, the CEO of Walmart’s e-commerce business, will retire from the retail giant at the end of January, though he will remain in a “consulting role as a strategic advisor” through September. More from Grocery Dive.